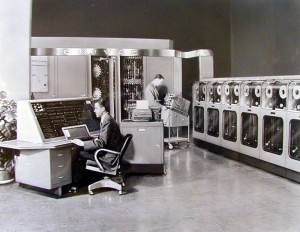 The English Language- Who speaks it- really? Does it matter how well we use it?
Are these dumb questions? Not at all! If you’re designing web pages, you had better know the answers. If you don’t, proceed at your peril.

Q. Who speaks it?

A. According to Wikipedia, English is the second most widely spoken language in the world, with over 1.5 billion speakers worldwide. By comparison, Spanish has a paltry 417 million users (including those who speak it as a second language). English is the language of science, business, communications, radio, and diplomacy. You can’t sing real Rock & Roll or belt out the Blues without it.

Q. Does it matter how well we use it?

A. It’s hard to believe I know, but good English is actually written, uploaded and hopefully, read all over the web. If you’re discriminating, you can find it gracing web pages and blogs everywhere. As a result, some readers have abandoned print altogether for the much more accessible and blessedly cheap haven of the internet.

There is however, (RANT COMING…) a plague of horrible usage on the web, much of it perpetrated by commentators on YouTube. Do not read the comments on YouTube unless you want your brain to rot! (END OF RANT).

It is pointless to put hours of work into a website or blog only to have it ruined by embarrassing composition and pathetic spelling and punctuation mistakes. The truth is that no matter how amazingly clever you are, you will miss things. Don’t look retarded! Hire a copy writer: like my friend Carolyn Alcott who did such a wonderful job picking nits on my site. If you’re cheap or as is often the case nowadays, broke; bribe an educated friend to run their peepers over your work. Perhaps they’ll be flattered that you asked. If not, buy them beer.